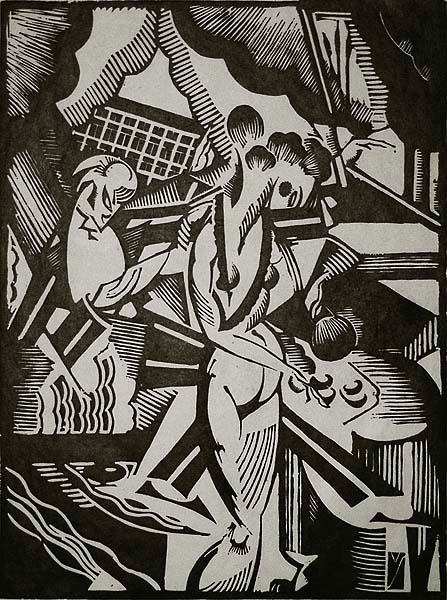 Linoleum cut, 1922, Raskin 43, edition 20. 12 5/8 x 9 3/8 in. Signed and dated, lower right in pencil and numbered "4" from the edition. This is a superb impression of this rare and important print. The paper is a light tan, wove and the margins are probably full and untrimmed. The condition is fine. Van Straten is seen here at his best. This modernist tour de force offers up just the right balance between realism and abstraction, and does so within a scene right out of the jazz age 1920s. Van Straten was arguably the most gifted blockprint artist in Belgium during the 1920s-1930s and the quality and range of his achievements are really quite remarkable. The Raskin catalogue raisonne is a wonderful reference and was published in 2002 with text in three languages.      SOLD