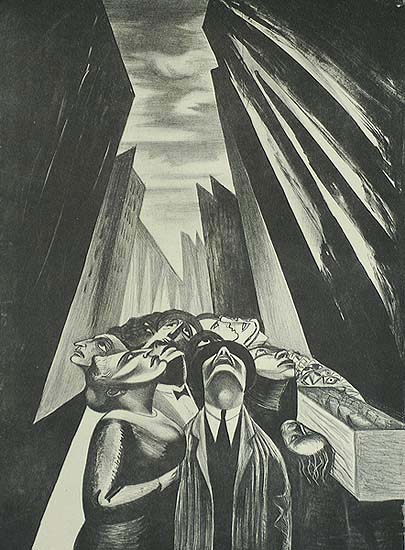 Lithograph, 1940, edition 10. 15 5/8 x 11 5/8 in. Signed, dated and titled in pencil. This is a fine impression of this rare, early work. The margins are narrow but the sheet is full and untrimmed. Amen studied at the Arts Students League in New York. His first exhibition was at the New School and he had a show at the Smithsonian in 1949. This potent, psychologically intense image was produced just after he beginning of WWII. Amen calls upon our fear of the unknown and the sometimes overwhelming nature of life in the big city.       SOLD