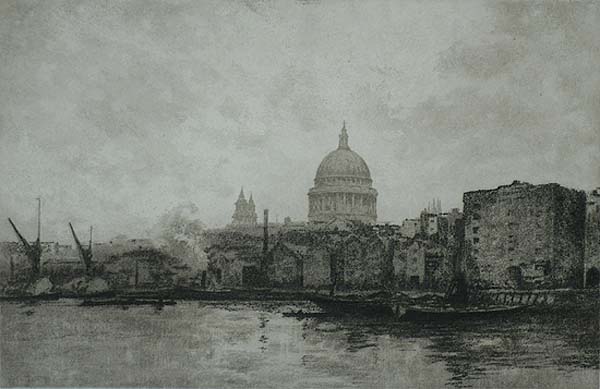 Aquatint, 1916, Alhusen 44, edition 35. 12 3/8 x 18 3/4 in. Signed and titled in pencil. This is a fine impression of this exceptionally large work. The margins are somewhat modest measuring 3/4 to 1 inch. The condition is very good apart from slight wrinkling in the upper margin corners near the hinges. Baskett's aquatints are impressive. He printed his own work and exhibited with Colnaghi in London who published his plates. St. Paul's Cathedral is shown in the background as viewed from across the Thames.      SOLD