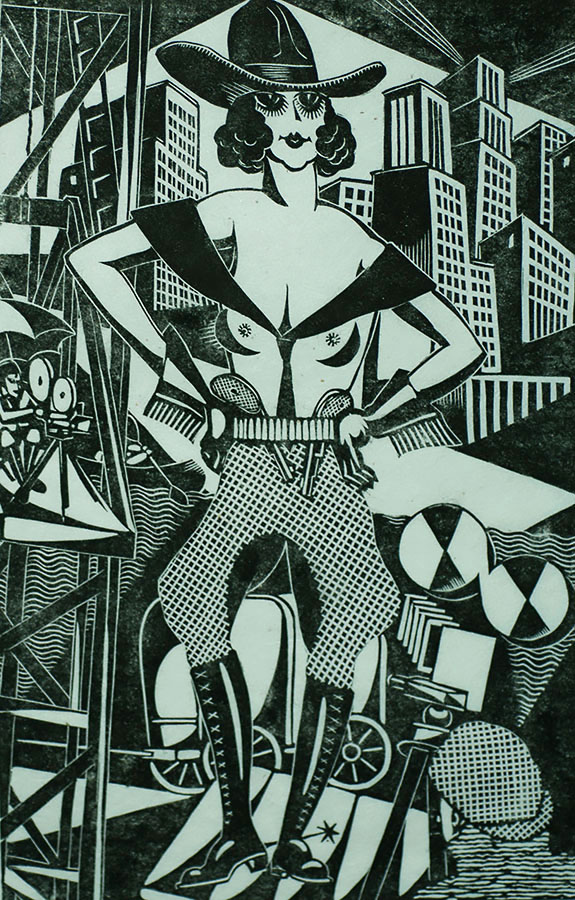 Linoleum cut, 1932, Raskin 82, edition 25. 11 x 7 1/8 in. Signed and titled in pencil. Inscribed "no.4" in pencil. This is a superb impression printed on cream, fibrous Japanese paper. The margins are full. The condition is fine apart from an occasional foxing(?) specks in the margins only. Van Straten examined a wide range of subjects; nightclub scenes, immigrants and the less fortunate, sailors, and erotica. He was often humorous in his outlook and this particular print is his 1930s view of Hollywood as seen though the eyes of a European.       SOLD