Medium: gouache on paper mounted to a gray support sheet 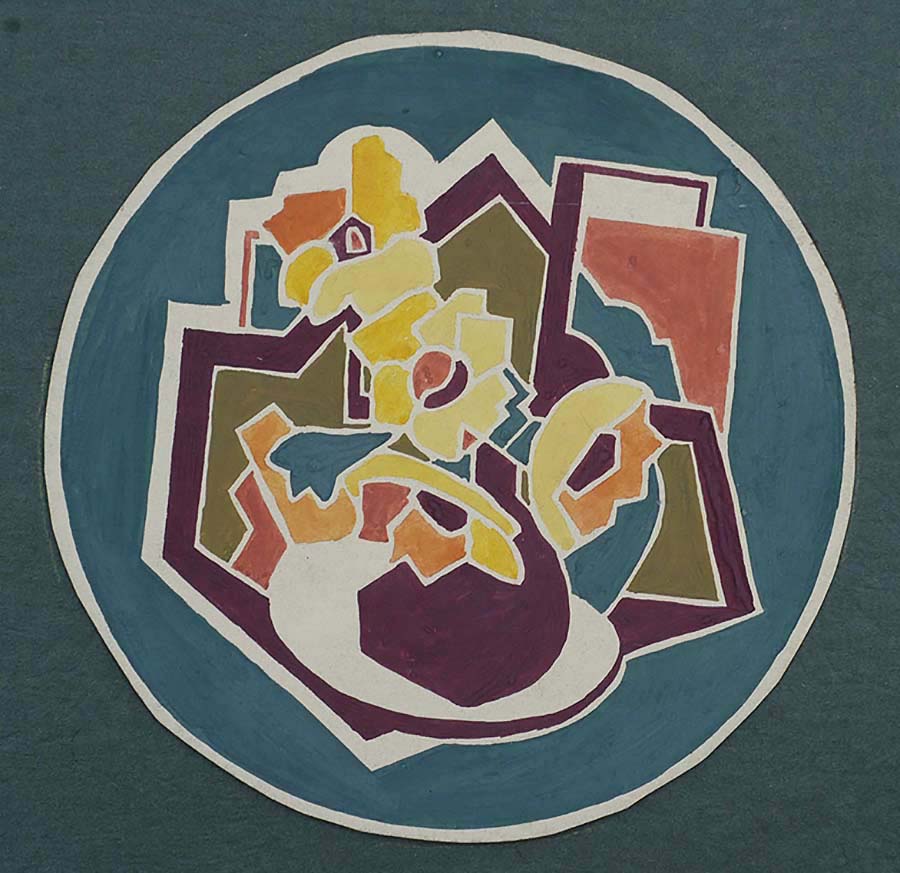 Gouache on paper mounted to a gray support sheet, probably 1928, 6 x 6 in. Unsigned. This rare rug design from the Ralph Pearson estate is in fine condition. Lazzell worked with the Ralph Pearson Design Workshop in New York along with other artists including: George Biddle, John Storrs, Thomas Hart Benton, Mary Tannahill and others. They produced modernist designs for hooked rugs and the rugs were made in Maine by artisans and sold in New York by Pearson. The rug for this design was made in 1928 and at least one is known to exist today. (See page 103 of Blanche Lazzell, The Life and Work of an American Modernist (2004), by Robert Bridges, et al.) The design in numbered on the support sheet "# 133-Blanche Lazzell-Yellow Roses" with the number 133 referring to the number of the rug design which customers could choose from. The title listed does not agree with the subject illustrated and we consider this an error. This design also relates to the woodblock print "The Blue Jug." Lazzell was actively involved with promoting her rugs and exhibited them in her studio. "Through the hooked rug project with Pearson, Lazzell participated in advanced modern design in America, with its intention to blur the distinction between fine art and decorative art." (Bridges, pg. 106) Ralph Pearson (1883-1958) was a gifted etcher, writer and arts advocate who spent time living and working in New Mexico, California, Chicago and New York.      SOLD