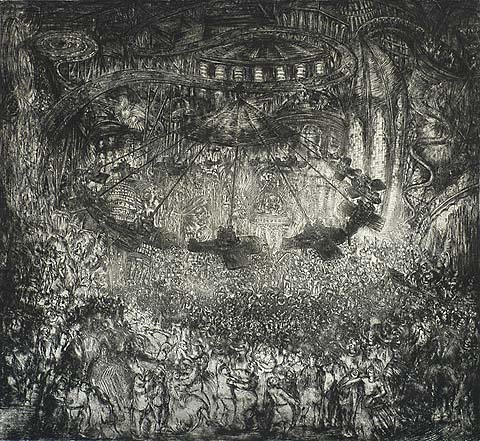 Etching, undated, edition 150. 26 x 28 1/2 in. Signed and titled in pencil. This fine impression has full margins and the condition is also very good. Boonen is best known for these large, fantastic etchings which present a modernist twist to the mad festivities depicted by Bosch and Breughel. Boonen studied with Jules de Bruycker at the Academy in Antwerp.      SOLD