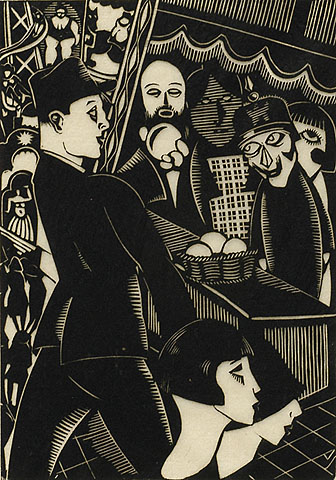 Linoleum cut, 1925, Raskin 65, edition 25. 9 3/4 x 7 in. Signed and titled in pencil. This is a superb impression printed on very thin Japanese paper. The margins are wide and probably full. the condition is fine other than very slight rippling showing on the back of the man at left. This outstanding work by van Straten is exemplary of his achievements during the 1920s. A sense of humor is so often evident in his prints.      SOLD