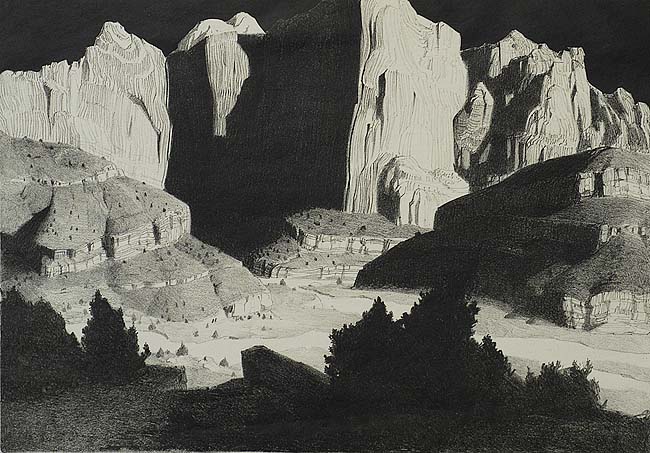 Lithograph, circa 1925-30, edition 50. 11 3/4 x 17 in. Signed and titled in pencil. Here we have a fine impression printed on thin wove paper. The margins are wide and the condition is very good overall. There's a trace of a soft crease in the lower part of the image and traces of soiling in the margins. This is a major print by Buff who excelled at depicting picturesque western American landscapes. He moved to America from Switzerland in 1905 and California ultimately became his home. He had a one man show at the LA County Museum in 1920 and was employed with the WPA project in the 1930s. He was a gifted lithographer and his prints are often overlooked today.      SOLD