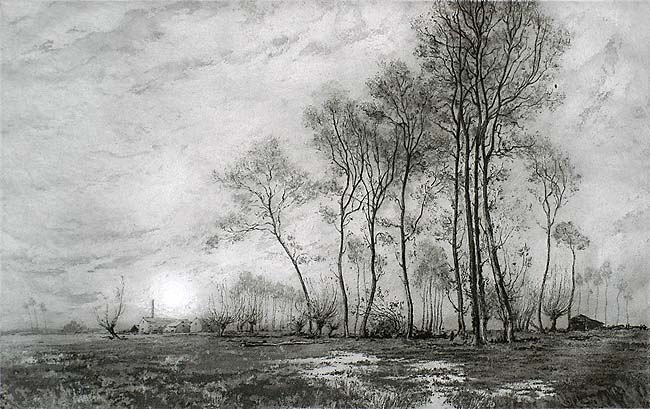 Aquatint with soft-ground etching, circa 1925, edition probably 75. 8 7/8 x 14 in. Signed and titled in pencil. This impression was printed by the artist and is so inscribed. Here we have a fine, luminous impression in fine condition. The margins are wide and probably full. Baskett was best known for his superb British aquatint landscapes. His work was published by the Lefevre Gallery, London, and exhibited widely during the 1920s and 1930s. He was elected an Associate of the Royal Engravers in 1911 and became a full member in 1918.      SOLD