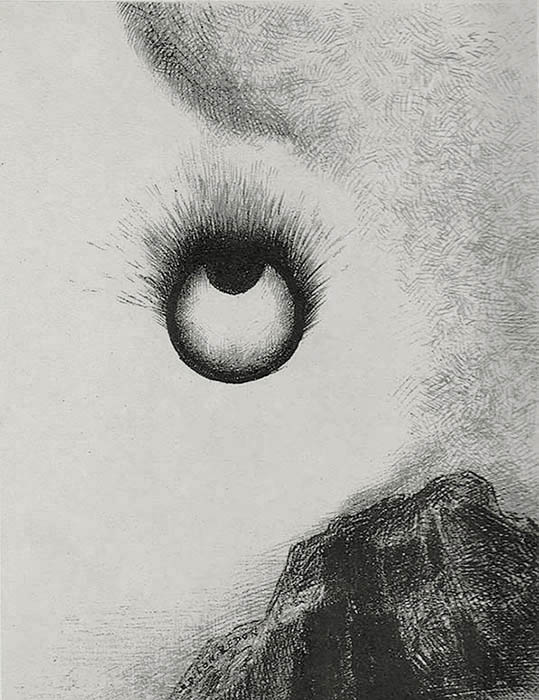 Lithograph, 1888, Mellerio/Hyman 92, edition 58 (60 announced). 8 x 6 1/4 in. Unsigned as usual. This is a superb impression printed on chine appliqué. The margins are full. The condition is very good apart from occasional subtle stains in the margins and a small repair in the lower edge of the sheet. This memorable image is plate IX from Redon's first series of La Tentation de Saint-Antoine. The title is printed with Gustave Flaubert's text below the image at left. This set was published by Edmond Deman, Brussels, and printed in Paris by Becquet. This is the rarest of the three series of the Temptation by Redon and the set consists of only ten prints, including the cover.      SOLD