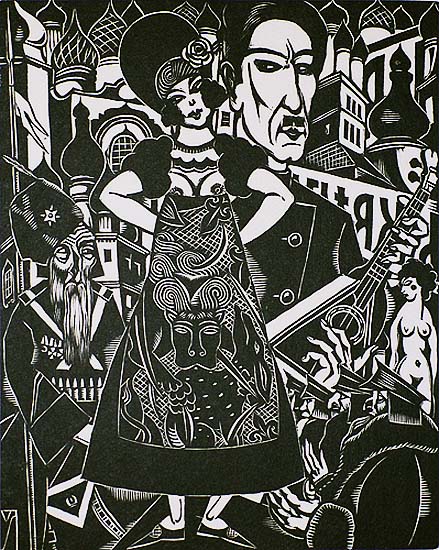 Linoleum cut, 1926, Raskin 74; edition 50. 10 3/4 x 8 5/8 in. Initialed in the block with the monogram and signed in pencil,lower right. This is a fine impression on cream wove paper in excellent condition. The margins are full. This impression was issued in La Gravure Originale Belge, Volume 3, 1929, in an edition of 50 impressions. There was also a separate edition of ten impressions. Van Straten, like Masereel, was a social commentator and many of his prints reflect upon the political and social environment between the wars.      $2,000