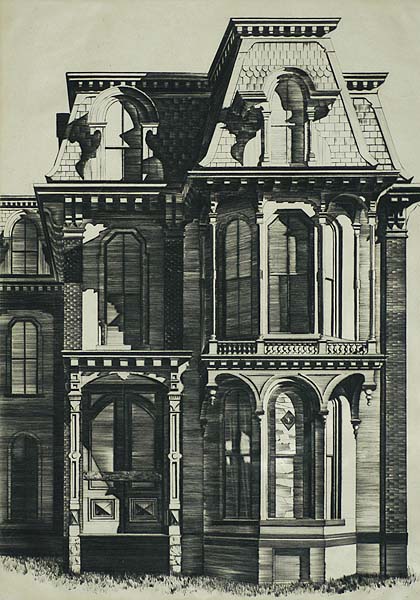 Drypoint, 1940, edition unknown. 14 x 10 in. Signed and titled in pencil. This is a fine, rich impression printed on a cream-colored Japan paper. The margins are full. Good condition apart from toning within an earlier mat opening. Kupferman's work is discussed at length in The American Scene, Prints from Hopper to Pollack by Stephen Coppel (2008), pages 108-109. In fact, one of the first American prints purchased by the British Museum was an early drypoint similar to this one.      SOLD