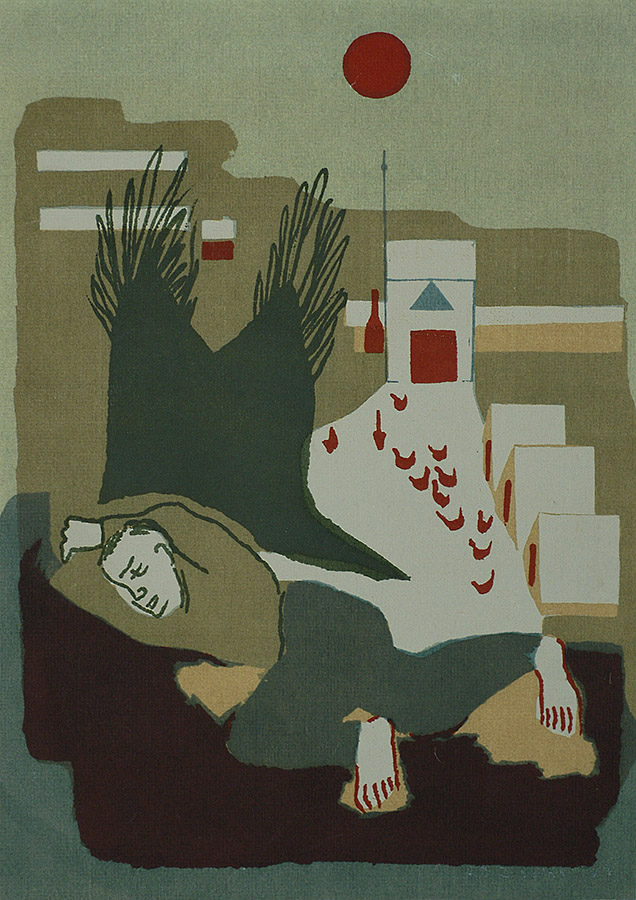 Screenprint, 1947, edition 35. 14 x 10 in. Signed, dated and titled in pencil. This is a fine impression in fine condition. The margins are full. Hulda Robbins studied in Berlin from 1929-31 where she was greatly inspired by the work of Kollwitz. She also studied at the Barnes Foundation. Best known for her artistic screenprints, she's part of the pioneering group which included Ruth Chaney, Max Cohn, Ruth Gikow, Philip Hicken and Edward Landon and Riva Helfond, among others. Her prints have been exhibited at MOMA and the Philadelphia Museum of Art. She resided in New Jersey in her later years and lived to be 100.      $900