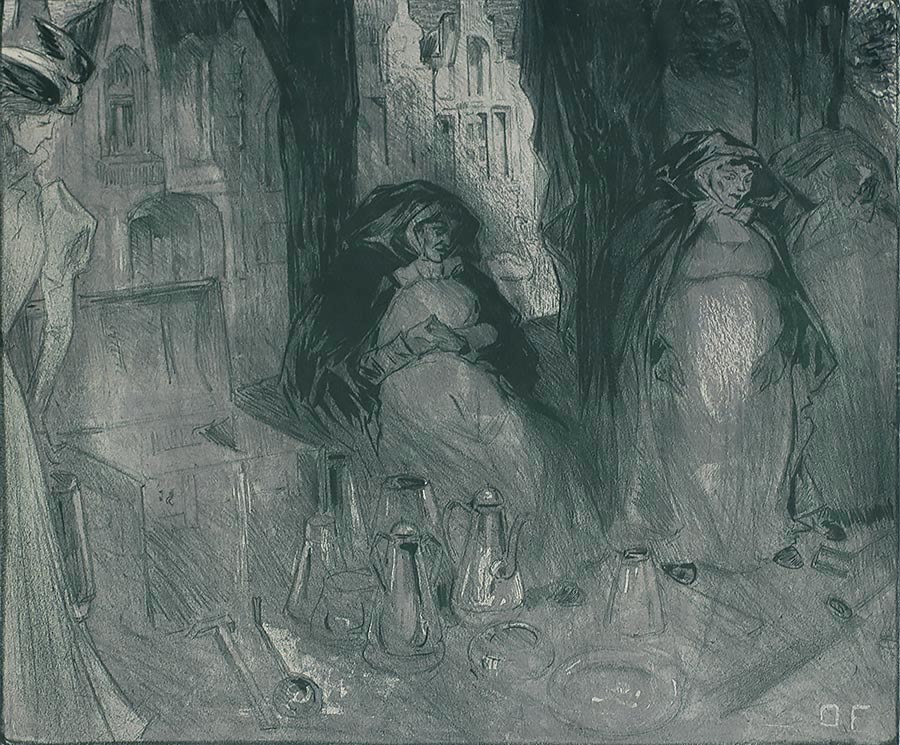 Lithograph, circa 1985-96, Millman (Van Gogh Museum catalogue), No. 75 (pages 76-77), edition 20. 11 1/4 x 13 1/4 in. Monogrammed on the stone lower right. This is a fine impression with full margins. The condition is excellent. Described by Millman as de Feure's "most important lithographic album," "Bruges Mystique et Sensuelle," is a series of ten prints published in late 1898 or early 1899 by the literary journal La Plume. When the set was exhibited in 1903, the prints appeared with different titles and this continues to be a source of ongoing confusion. Many of the images and the multiple titles are similar and difficult to sort out. The single print we offer here depicts Beguines in Bruges with a well-to-do onlooker standing on the left edge of the composition.       SOLD