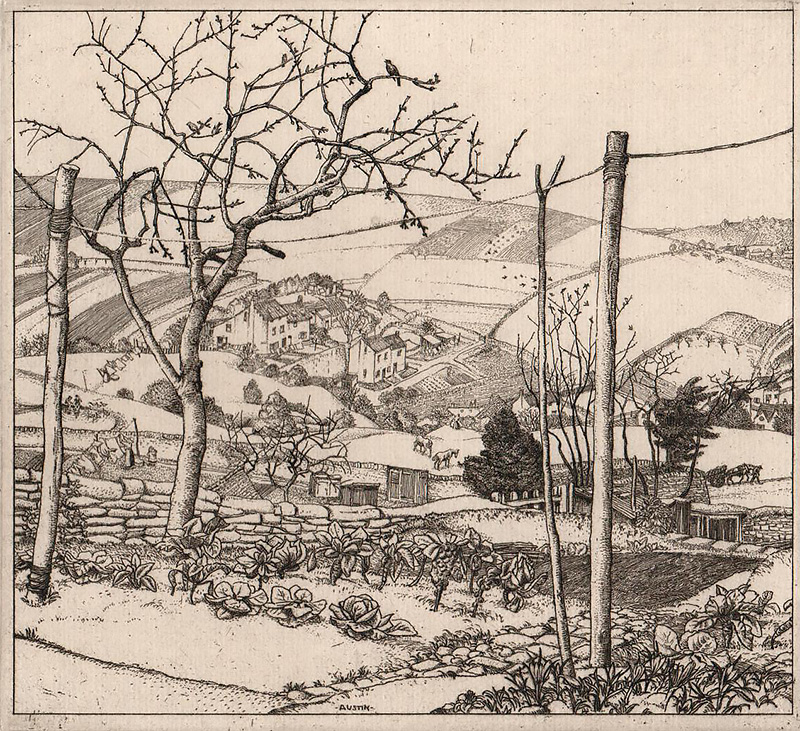 Etching, 1922, Dodgson 30, edition 40. 7 x 7 5/8 in. Signed in the plate. Signed and dated in pencil. This is a fine impression on cream laid paper. The margins appear to be full and untrimmed. The condition is excellent. Austin's work was published by the Twenty-one Gallery, London, which also represented S.R. Badmin, Paul Drury and Graham Sutherland among many others.      SOLD