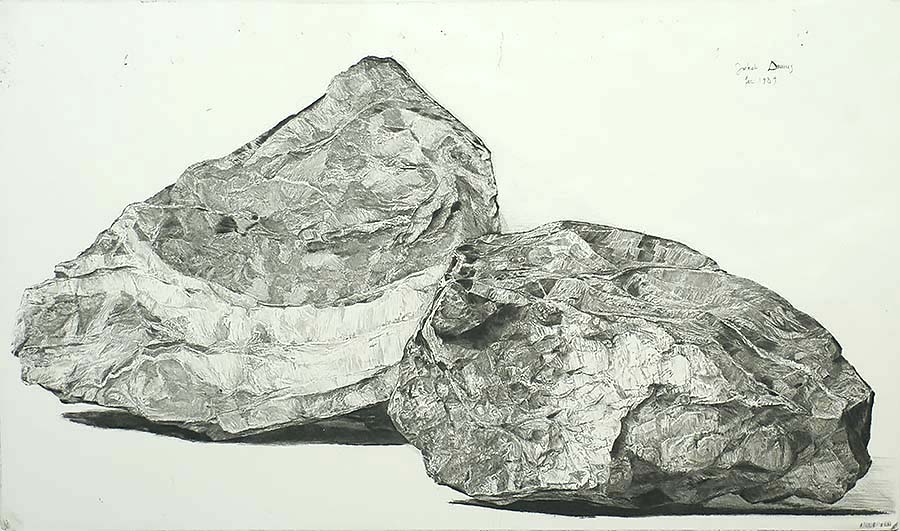 Diamond drypoint, 1989, De Heer 190 (iii/III), edition 20 plus a few proofs. 6 1/2 x 10 7/8 in. Signed and dated in the plate. Signed, numbered and dated in pencil. This is a superb impression of this remarkable print. The margins are full and the condition is excellent. Demus produced a series of stone studies which are unique and masterful in their refinement. "This group of three large pairs of stones are variations on the theme of the relationship between two individuals of the same species. Snake Stones shows the start of a coming together - like two ships meeting on water. Here bow pushes before bow. The overlapping of the contours indicates movement in opposite directions." (De Heer pg. 133-134)      SOLD