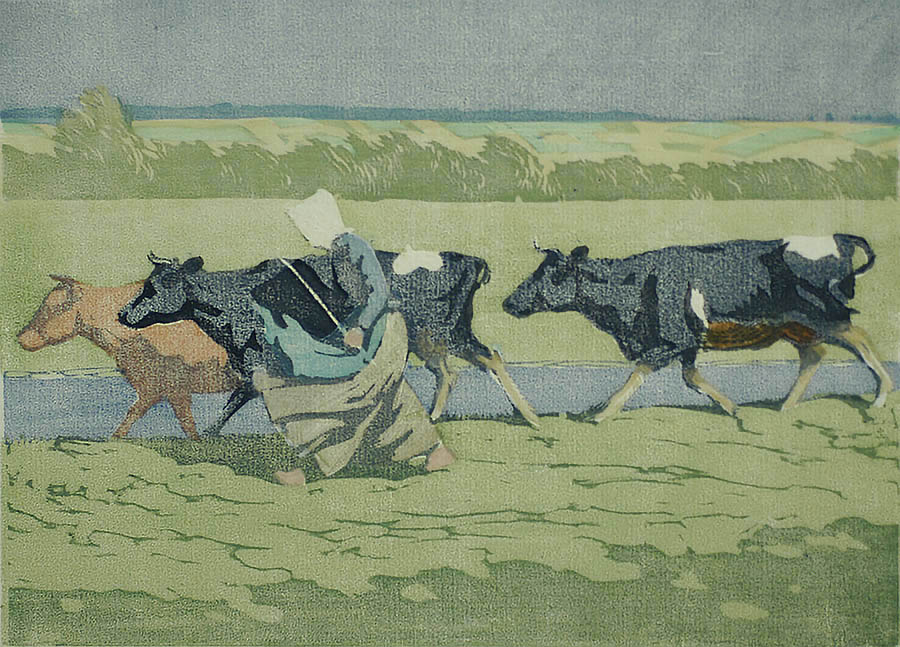 Woodcut printed in colors, circa 1910-20, edition unknown. 7 7/8 x 10 7/8 in. Signed in pencil and also inscribed, "Orig. Holzschnitt,handabzug." This is a fine, fresh impression printed on Japanese paper. The margins are probably full and the condition is fine. Brendel studied at the Académie Julian in Parisvand and during the early 1920s he was a professor at the State Academy of Fine Arts in Weimar. He was also an accomplished painter.      SOLD