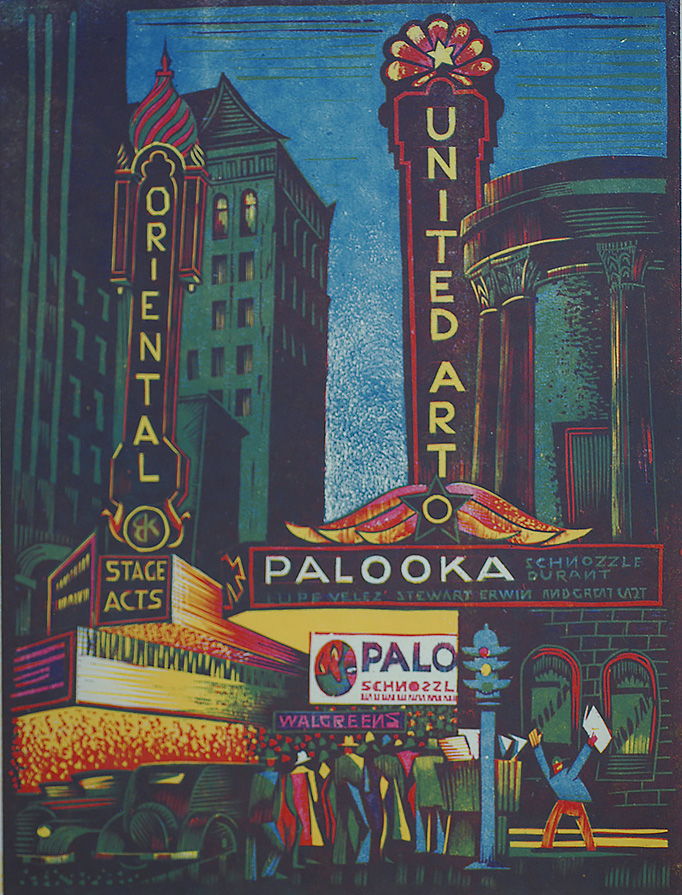 Woodcut printed in colors, circa 1934-35, edition probably about 25. 12 1/16 x 9 1/4 in. Signed and titled in pencil. This is a very fine impression printed on Japanese paper. The colors are fresh. The margins are full but modest, measuring about one-half inch to one inch. The condition is fine. This is one of Turzak's best prints and it's also quite rare. From a series of four prints called "Chicago Moods," this stellar color woodcut shows the city's entertainment district at night. "Palooka" was a 1934 comedy film.       SOLD