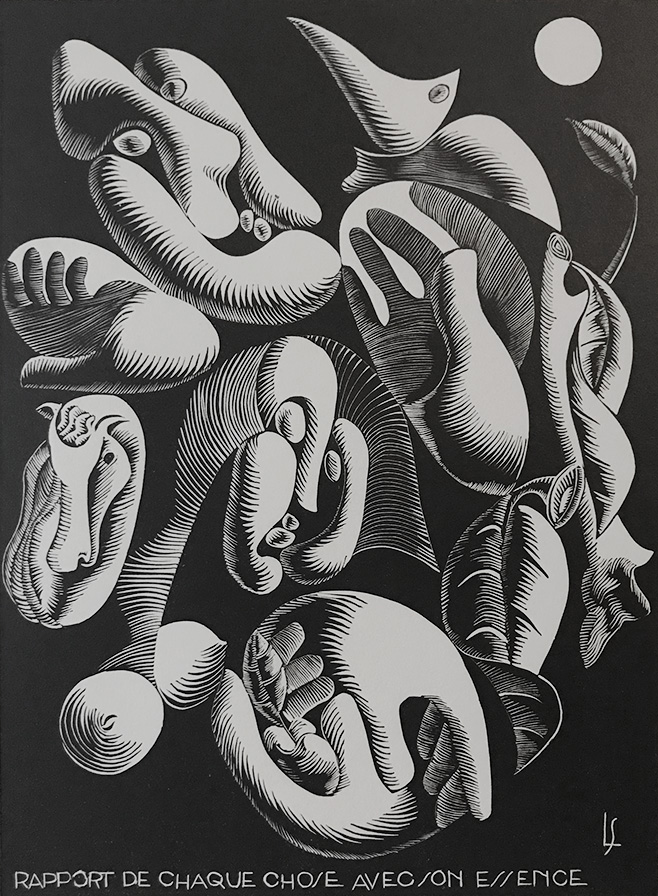 Linoleum cuts (or possibly woodcuts), 1935, edition 20. 10 3/4 x 7 7/8 in. Each print is signed, dated and numbered in pencil. Each in initialed in the block, lower right. They are superb impressions in fine condition with full margins. (Plate I has some rippling in the outer margins.) These surrealist style works are numbered I-III, II-III and III-III. Survage was a French painter and printmaker and studied at the Moscow School of Painting, Sculpture and Architecture. (He was of Russian-Finnish descent.) He was friendly with Alexander Archipenko, Albert Gleizes and Amadeo Modigliani. He also produced stage, tapestry and textile designs. He was influenced by André Masson in the 1930s. These potent works are rare as a set. We've seen them before individually and also numbered differently, suggesting additional small editions were printed. Survage was inducted into France's Légion d'Honneur in 1963.       SOLD