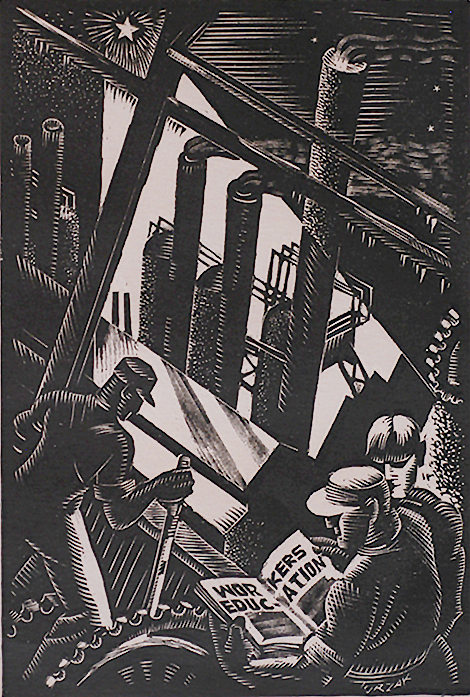 Woodcut, circa 1930-35, edition 50. 6 1/2 x 4 3/8 in. Signed in the block, lower right. Signed and titled in pencil. This is a fine, rich impression printed on wove paper. The condition is fine apart from just an extremely faint suggestion of light toning within an early mat opening. The margins are probably untrimmed but they are relatively modest measuring 1/2-1/4 in. Turzak did two woodcuts by this title which are similar.      SOLD