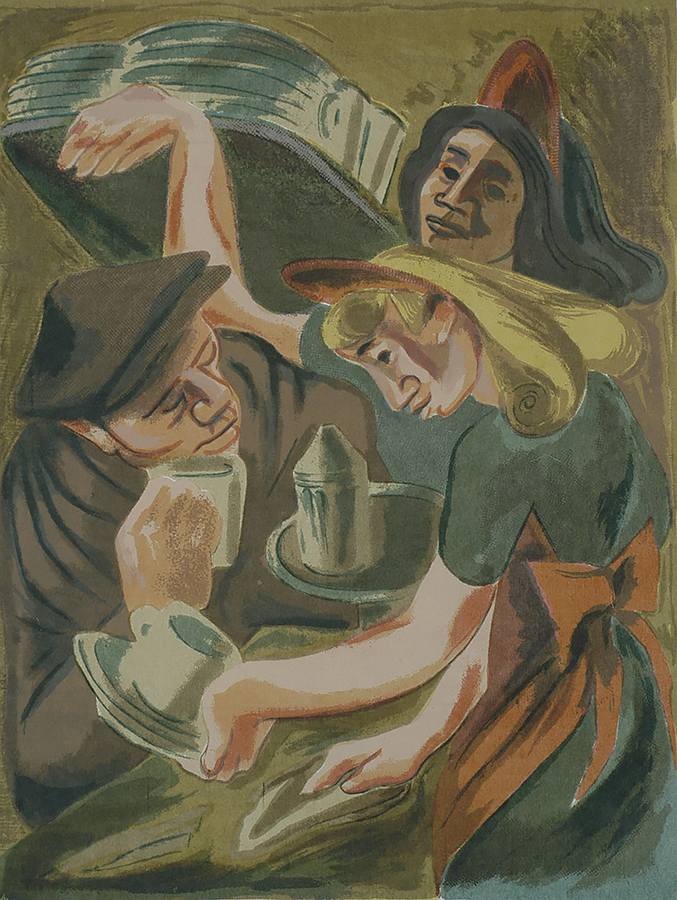 Screenprint, 1941, edition 50. 14 1/2 x 11 in. Signed, dated, titled and with "Ed 50." The artist also wrote "Coll 11," which refers to the number of colors employed in the printing. This is a fine impression in fine condition. The margins are full. Hulda Robbins studied at the Prussian Academy of Arts in Berlin, the Philadelphia Museum and School of Industrial Art and the Barnes Foundation. Best known for her artistic screenprints, she was part of the pioneering group which included Ruth Chaney, Max Cohn, Ruth Gikow, Philip Hicken and Edward Landon and Riva Helfond, among others. Her prints are found in the Philadelphia Museum of Art and the National Gallery. She moved to New York around 1940 and resided in New Jersey in her later years. Bus Girls is one of her finest prints.      SOLD