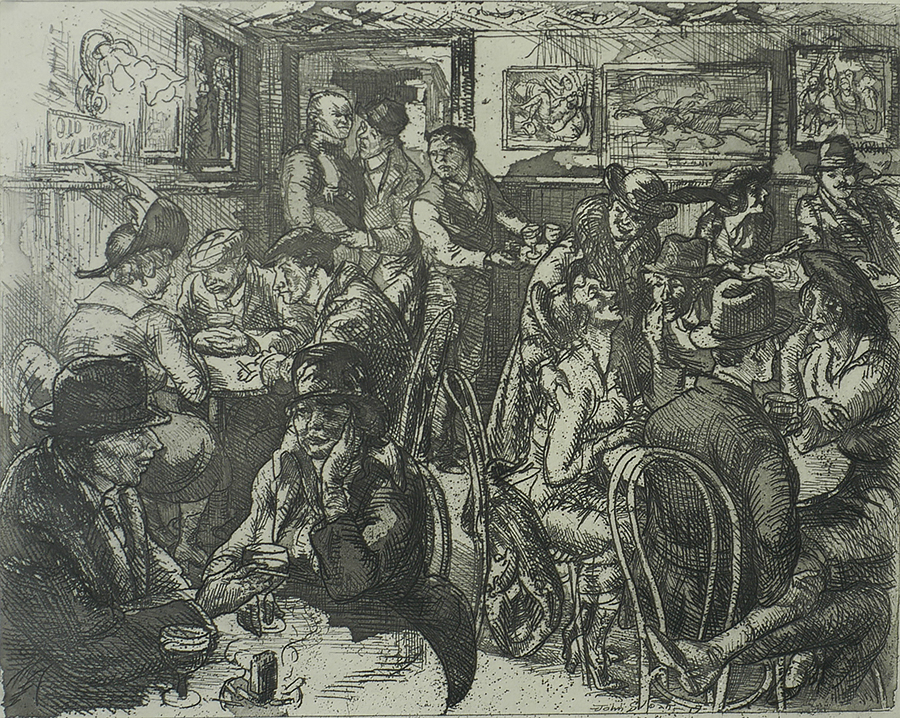 Etching and drypoint, 1917, Morse 186 (ii/II), edition 110. 7 7/8 x 9 3/4 in. Signed and dated in the plate. Signed, titled and numbered in pencil. This impression was printed by Ernest Roth and is so inscribed in the bottom margin. This was the back room of Wallace's at Sixth Avenue and West Fourth Street and was a gathering place for artists and writers, among others. Eugene O'Neill is identified as the man in the upper right corner. This print won a gold medal at the Sesqui-Centennial International Exposition, Philadelphia, in 1926.      $2,800