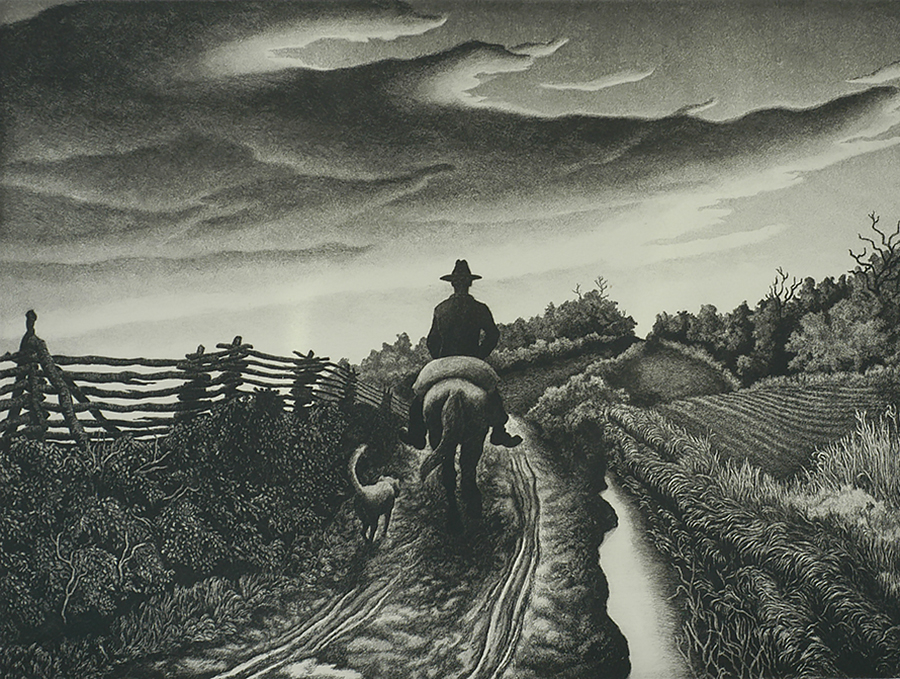 Etching, 1946, Retif/Salzar 24, edition 250. 8 3/4 x 11 3/4 in. Signed and titled in pencil. This is a fine impression with substantial margins. The condition is very good apart from faint toning along a previous mat opening. This print was published by Associated American Artists and was featured in Albert Reese's book, American Prize Prints of the 20th Century. It was awarded the Eames Prize in 1946 by the Society of American Etchers as well as a purchase prize from the Library of Congress. The scene depicted was in Arkansas and Nesbitt was sketching along this road with Benton. This scenario provided the basis for the etching and also a painting of the same subject.      SOLD