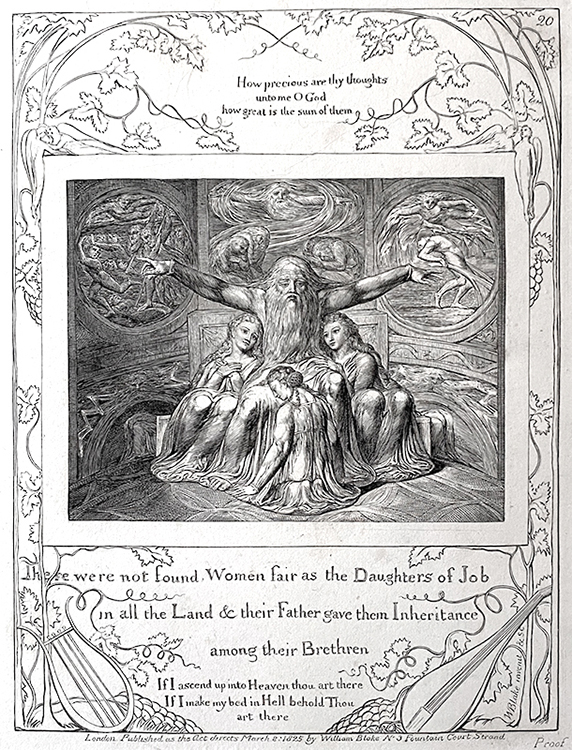 Engraving, 1825, Bindman 645; edition 215. 8 5/8 x 6 3/4 in. Signed in the plate, lower right. This is a fine impression printed on chine appliqué. The margins are apparently full and the condition is good. (There are some extremely subtle spots of foxing and two soft fold marks in the upper and right outside margins. The chine is wrinkled a bit primarily on two edges of the sheet.) This is plate 20 from Blake's celebrated Book of Job published by the artist and John Linnell in London. This set of engravings was originally published in 3 versions; 150 copies on white india chine appliqué with the word "proof" (as here), 65 copies on French paper also with "proof," and 100 on Whatman watermarked paper with the word "proof" erased. John Linnell retained the plates and a second edition of 100 was printed in 1874 after the death of the artist in 1827. Blake's engravings were based on a series of watercolors done between 1805 and 1806 for his patron, Thomas Butts.      $3,800