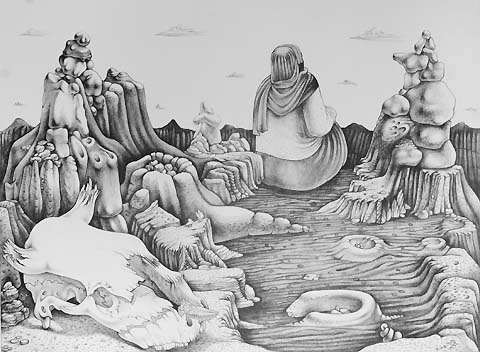 Lithograph, 1937, edition 50 19 x 23 1/2 in. Signed in pencil. A fine impression in fine condition. Full margins. Kadish studied with Lorser Feitelson in Los Angeles and he soon became friends with Jackson Pollack and Philip Guston. He moved to San Francisco in about 1933 and became involved with the WPA program there. This is an exceptionally large and rare print and a fine example of California graphic art from the 1930s.      SOLD