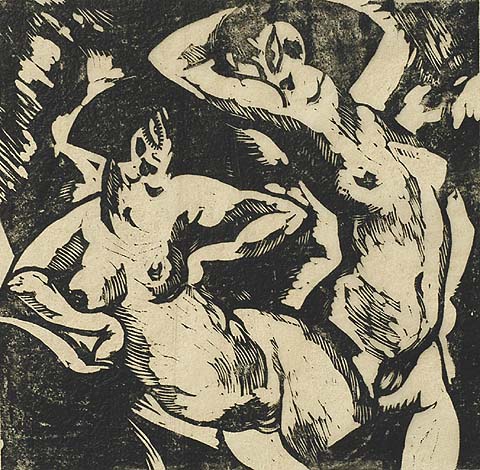 Linoleum cut, 1922, Raskin 40, edition 25. 9 1/8 x 9 3/8 in. Signed and titled in pencil. This is a fine impression printed on a very thin sheet of Japanese paper. (There are two subtle printing creases in the image and they are hardly noticeable.) The margins are wide and appear to be full. This fine Belgian expressionist print is quite uncommon, as are most of van Straten's early works.      SOLD