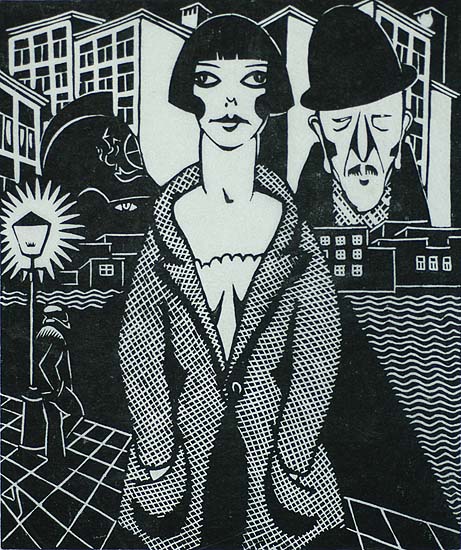 Linoleum cut, 1925, Raskin 63; edition 25. 7 3/4 x 6 1/2 in. Signed and titled in pencil. This is a superb impression on very thin Japanese paper. The margins are full. The condition is fine other than a very subtle bit of darkening within a previous mat opening. This rare and engaging print is exemplary of van Straten's best work. The Raskin raisonne published in Dutch, French and English in 2002, has an extensive biography on the artist. The Belgian writer, Andre Baillon, wrote an acclaimed book about prostitution in London during this period, "Zonzon Pepette, Fille de Londres." Van Straten was active with the Lumiere group. (Other woodcuts by van Straten are currently available.)       SOLD