A Lady and a Dancer - JOHN COPLEY 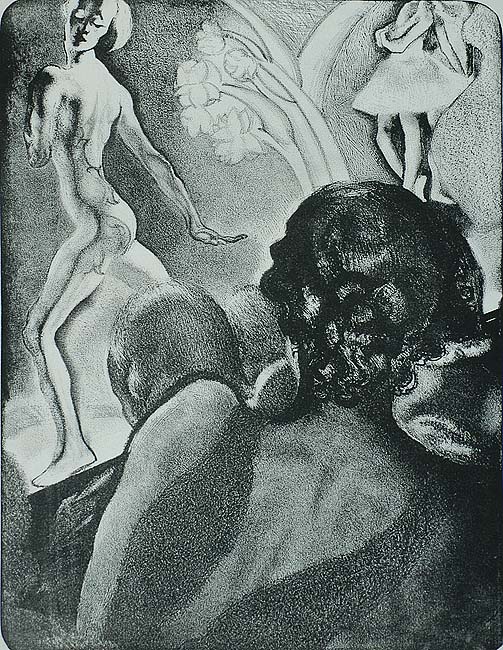 Lithograph, 1938, Wright 251; edition 25. 16 3/4 x 12 7/8 in. Signed in pencil, lower right. This is a superb impression rich in contrasts. The margins are full and the condition is fine. This large print exemplifies Copley's remarkable skills as a draughtsman and his keen interest in dance as subject. He printed his own work throughout his career. "Like Whistler, John Copley completed a significant body of work both in etching and lithography. Their careers differed in that Whistler was an etcher who took up lithography, while for Copley lithography came first. Like Sickert, Copley was fascinated by the theatre. Also like Sickert, he was prolific and technically adventurous. It is equally difficult to place him in his time: he was neither really a traditional artist, nor part of the avant-garde. John Copley also shares with Whistler and Sickert the distinction of originality." (Gordon Cooke, Fine Art Society, London, 2000).      SOLD